UM MEDSOC is the Faculty of Medicine’s primary student body for medical students and has been consistently organising various activities and events for students in collaboration with the faculty. In its 72 years of service thus far, it has added much colour and vibrancy to student life in the faculty, providing welcome breaks from the sometimes tiring continual imbibition of knowledge.

What Does Climate Change Have To Do With Me?

Upon dissecting our planet on our figurative surgical table, we uncover seven billion human inhabitants, creeping about the natural order. Surrounding the planetary system are cities choked by industrial pollution, incinerated rainforests, unprecedented floods, and deaths due to natural disasters.

The cause of such devastation? Climate change. To put it simply, it is the biggest public health threat facing humanity, and healthcare professionals worldwide are already responding to the consequences of this emerging calamity.

Read on as we uncover the relationship between environment and health and how humanity is the best hope to save our planet.

The state of the environment and human health form a very pretzel-like relationship. “Every morsel of food, every sip of water, the air we breathe is the result of work done by other species. Nature gives us everything we need to survive,” says Enric Sala, a National Geographic Explorer-in-Residence.

Simultaneously, the surrounding environment such as dangerous substances, noise, and air pollution are a source of stressors that can harm our health. In effect, climate change initiates a chain of near-irrevocable reactions resulting in heat waves, floods, and changes in the distribution of vector-borne diseases.

According to Laura MillanLombraña, a climate change reporter for Bloomberg, the extraordinarily hot and cold temperatures – that are becoming more common as climate change accelerates – cause millions of deaths globally each year. In the long-term, the World Health Organization states that this crisis is expected to result in an additional 250 000 deaths per year between 2030 and 2050, owing to starvation, malaria, diarrhea, and heat stress. 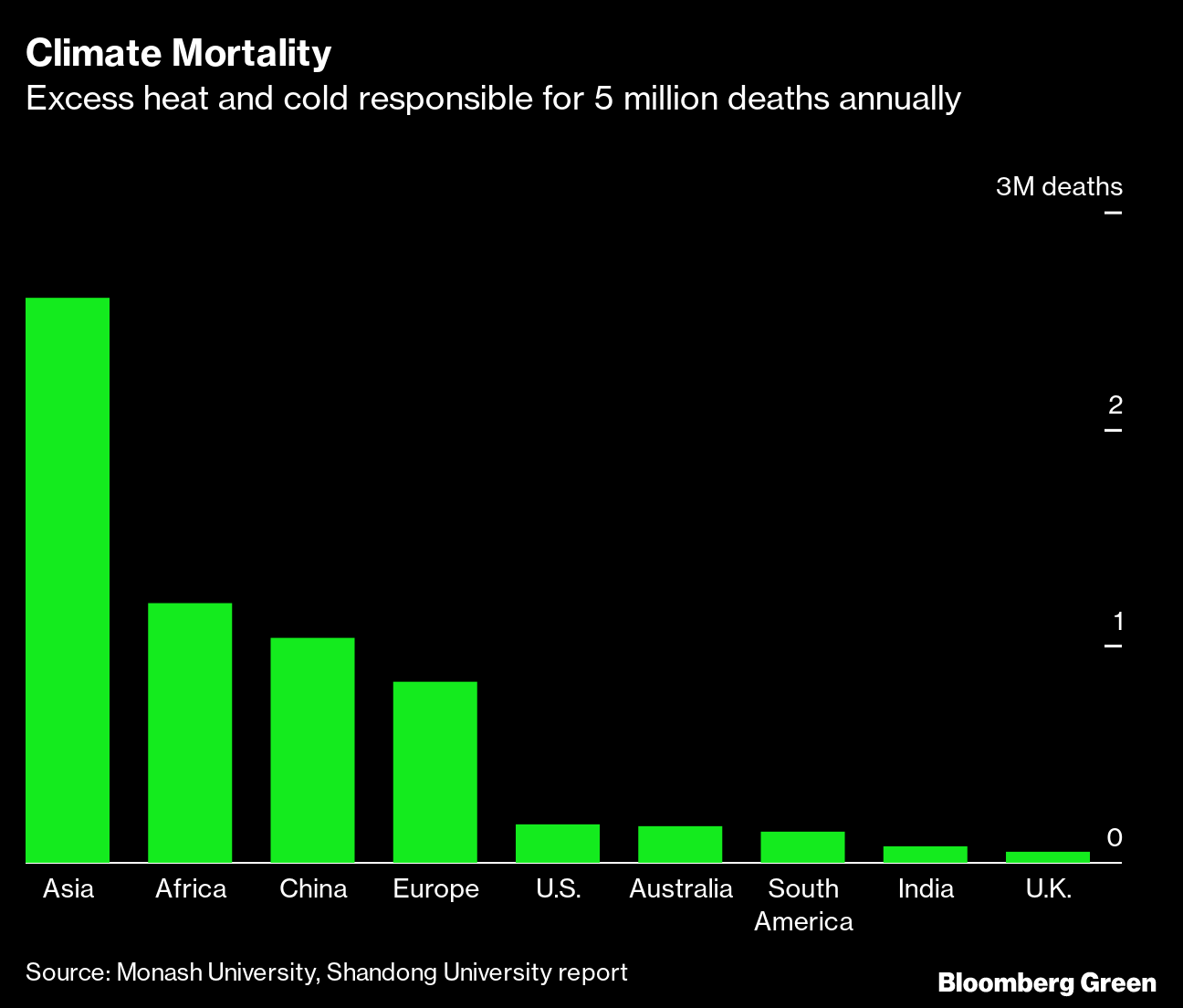 It’s all too easy to believe that individual acts don’t matter when it comes to climate actions. How can one person make a difference to combat a global problem? For those who doubt, don’t look any further than what is happening right now. By social distancing from others, we were able to save thousands of lives from getting infected with COVID-19, especially among the older people, and those whose health is compromised.

There are a plethora of things we can do including encouraging people to adopt a variety of sustainable practices. People can implement many pro-environmental behaviors one after the other in a process known as behavioral spillover by utilizing reusable bags and containers. In 2019, a study by the Malaysian Plastic Manufacturers Association (MPMA) revealed that the average Malaysian alone uses 300 plastic bags per year – that’s 9 billion bags in total. Imagine how many marine animals we could save!

Besides that, when not in use, we should aim to save electricity by turning off the lights, TV, and other electrical appliances. When washing, wherever possible, use cold water. Experts highlight the power of good waste management, such as reusing or properly disposing of waste materials to conserve energy and safeguard the environment.

To improve air quality, governments and organizations can take an initiative to plant more and stop deforestation. Today, 14,800 square miles of forest are lost every year as reported by Tonerbuzz. This is roughly the same size as Switzerland! By working towards a deforestation-free future, we would be able to save our natural air-filtering machines which are essential to keep temperatures down by removing carbon dioxide from the atmosphere. 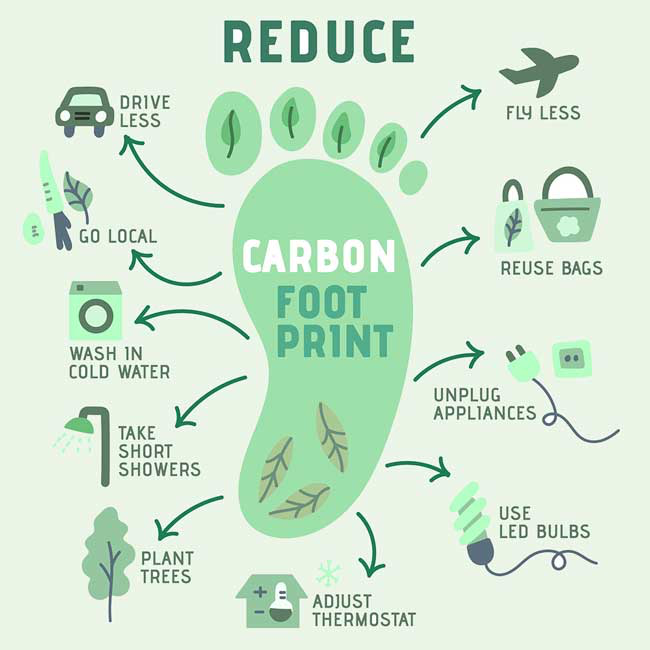 The deeper we dive into the swelling seas of climate change, the further we understand the intertwined nature of the environment and our well-being. Be it protesting on the streets just like Greta Thunberg or simply saying “no” to plastic at malls, it’s paramount that we put in the effort to stop climate change. After all, we only have one planet on the table.

Air Pollution and Asthma, Are They Related?

According to the World Health Organization (WHO), air pollution is contamination of the indoor or outdoor environment by any chemical, physical or biological agent that modifies the natural characteristics of the atmosphere. Did you know that every 9 out of 10 people breathe air with high levels of pollutants? Air pollution is also responsible for nearly 7 million deaths around the globe.

But what is the relationship between air pollution and asthma? Could high air quality index (AQI) which indicates greater level of air pollution increase the prevalence of asthma?

Most people have come across the term asthma and know the basics of this disease. It is a long- term condition that causes the airways of a person’s lungs to be inflamed and narrowed, making it harder to breathe out. Certain things can start out or worsen asthma symptoms which are known as asthma triggers. These include smoke, fumes, ozone and pollen which can be identified in moderate and high AQI.

Multiple studies have shown the association between inhaling high levels of air pollutants and poor early life lung growth, development of allergic sensitization, development of asthma and asthma exacerbations. A study was done with young campers with moderate to severe asthma to see the likelihood of having acute asthma episodes on high pollution summer days compared to days with average pollution levels. It was observed that these young campers had a 40% increased chance of getting acute asthma attacks.

Not just that, the effects of air pollution is also largely seen in childhood asthma where prenatal exposure to air pollution has been shown to increase risk of wheezing and development of asthma among children. This is because the developing lung and immune system of these children are highly impacted. In return, there is a surge in reports of diagnosis of asthma, filled rescue inhaler prescription, hospitalization and asthma- related emergency department visit. Children are also likely to develop allergic disease and reduced lung function.

In February 2013, a death of a nine year old Ella Roberta Adoo Kissi- Debrah was recorded and is also the UK’s first person to have air pollution added to her death certificate. Her home was 25 metres from the South Circular Road in Lewisham. She died after 28 months of seizures and 28 visits to the hospital for breathing problems. Despite the numerous visits to different hospitals, medics have never raised the issue of air pollution as one of her triggers and exacerbating factors. Specialists also struggled to diagnose her disease as her asthma was so rare, unique and severe. After a few months, she suddenly stopped breathing and went into intensive care. In December 2010, she went into a coma but she was known to be well prior to that. Later in 2014, an inquest found that her cause of death was acute respiratory failure and severe asthma.

Ella’s mother only started considering air pollution as a possible exacerbating factor after Ella died. Ella was not allergic to any food nor did she have any virus. It was someone from their neighbourhood who was looking at pollution measurements in the area that told her mother Lewisham had one of the worst air pollution episodes ever. It was then the first inquest in 2014 realised that her asthma attacks were triggered with something related to the air pollution.

It is devastating to see that Ella’s death was what urged the government and local authorities to set a clean air law and stricter regulation. Ella might be the first person to have her death associated with air pollution but we will never know how many children have been affected by this. From her story, we are able to see how big of an impact air pollution has on the health of our society.

Subscribe to receive our biweekly emails to keep updated about our past and upcoming activities, official announcements, student opportunities, and more!

How to become a UM MEDSOC member?

To officially register as a UM MEDSOC member* on MyUM, click on the link below to access our PDF guide.

How to become A UM MEDSOC member

*For University of Malaya medical students only